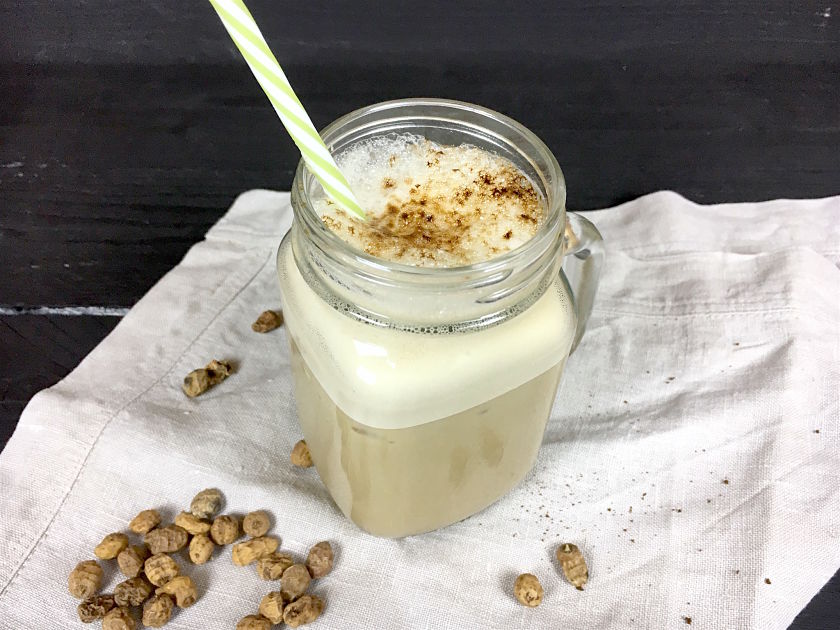 tigernut horchata is a non-alcoholic drink, which the Spanish Food Code includes in the group of refreshing drinks. It is made with ground tigernuts, squeezed and mixed with water and sugar. The tigernut is a tuber, just like the potato, sweet potato, cassava, carrot, onion, garlic, beet, parsnip, leek …

Despite being a refreshing drink, it is not the typical soft drink in a can, brick or bottle from vending machines, since it is a drink that contains fiber , vitamins and minerals very important for our sports performance such as iron or magnesium, so that, apart from having pleasant organoleptic characteristics (flavor, aroma, texture …) adds a nutritional value that differentiates it from what we have in mind as “soft drinks”.

The energy value (kcal) of horchata is similar to that of a glass of milk or yogurt (not skimmed). It provides about 170kcal per 250mL. Values ​​very similar to whole milk. We could say that it is quite energetic. The transition from the “base” to the “commercial” product is done by adding sucrose to the horchata. In principle, the main carbohydrate from horchata would be starch (complex carbohydrate), but when it is marketed, the proportion is sometimes reversed and it contains more sucrose (simple hydrates) than starch. We will have to monitor the amount of sugar in the total product taking into account that it will have at least 10%. Artisan horchatas tend to contain less sugar in their production process, which is usually purer and more selective when choosing tigernuts.

As you already know, but it is not bad to remember, the complex hydrates present in cereals, legumes, tubers … are those that take longer to digest and give you energy in a more moderate and lasting way. Simple carbohydrates, present above all in sweet foods such as honey, or in fruits provide energy faster, generating, if taken alone, significant increases in blood glucose that make insulin work to regulate it. If you want to know a little more about the importance of glycemic load, check out this post that we wrote a long time ago. 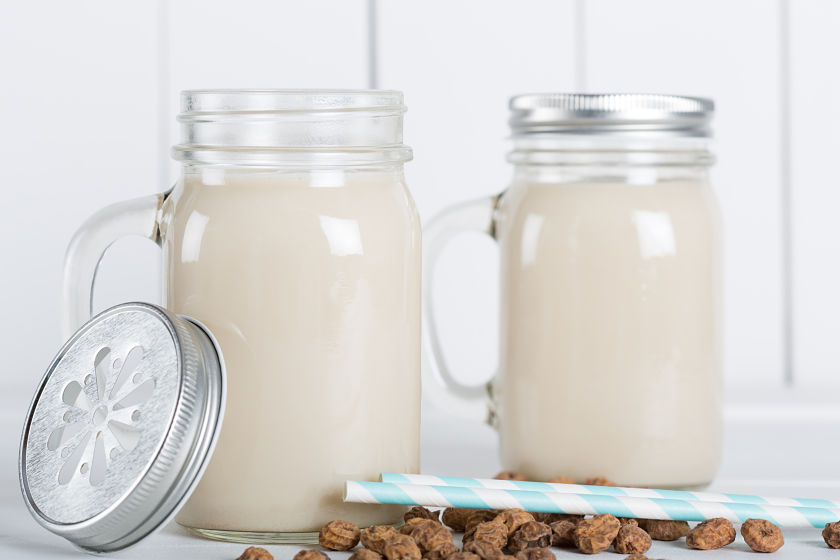 Taking into account that it is rich in carbohydrates we could introduce horchata in post-training.

Every time we train we use carbohydrates that are stored in our muscles and liver in the form of glycogen. Depending on the type of training we do (mainly intensity and duration level) we will spend more carbohydrates or less, being higher when we do an intense training at high pulsations (changes of rhythm, series …) where our heart pumps harder, our pulsations rise , there is greater demand for oxygen and we need fast energy. In those moments, your body switches from using fat as a resource and begins to use more carbohydrates.

Simplifying a lot, because for your body to use fat, it needs more oxygen, and when you are fatigued you have almost no oxygen. The metabolic reactions when using carbohydrates are faster and do not need as much oxygen. Basic conclusion: if you train harder, you use more glycogen (carbohydrates).

Once we have trained hard, it is time to replenish those glycogen levels that have been largely used up with training. How much will also depend on the duration of this. Therefore, having a drink with this composition will help us to recover and face the next training session. So, to the question: “Shall we train and then a good artisan horchatita for Alboraya?” The answer is: “Sure yeah, sweetie”

Do you need to know more about post-tests? It would be more: see this post

Carbohydrates are followed by lipids. Horchata contains 4% fat, which generates 35% of total calories. (Remember that to calculate how many kcal a fat gives you, you must multiply its grams by 9. Thus, 10g of fat would be 90kcal.

The composition of the fatty acids in horchata is very similar to that of olive oil, avocado and pork.

72% of its fatty acids correspond to monounsaturated fatty acids , with 71% of these being oleic acid. Oleic acid is involved in the regulation of fat metabolism and in the balance of body weight, in addition to helping to lower LDL cholesterol and increase HDL (cardioprotective). But this does not mean that, we can swell , but that within the fats we need we must incorporate the best quality ones. It must also be said that it has 18% saturated fatty acids (which are no longer so beneficial)

Another important function of monounsaturated fatty acids is that they are anti-inflammatory so their incorporation post training or post competition can help us reduce that stress caused in our muscles and joints.

The protein content of horchata ranges from 1%. It is not much, but the quality of a protein depends on its digestibility -which in the case of horchata is high- and its composition in amino acids. The proteins that contain all the essential amino acids in sufficient quantity and in an adequate ratio to maintain nitrogen balance and allow growth, are called complete proteins.

Excuse me, a second: Just remind you that essential amino acids are those that the body cannot create and are only obtained through food. Now, you can continue.

The presence of arginine as the main amino acid of horchata is striking, since it represents almost half of the amino acids present. It is not considered an essential amino acid for adults, but for the fetus and newborns. In sports, arginine can help us since it is a precursor of nitric oxide (NO), a vasodilator, which increases blood flow, making more oxygen and nutrients reach the muscles. This translates into helping muscle recovery .

Muscle fatigue occurs when the muscles run out of oxygen, generating lactic acid in our tissues. Nitric oxide reduces the amount of lactic acid and therefore reduces the possibility of fatigue or, at least, delays it. 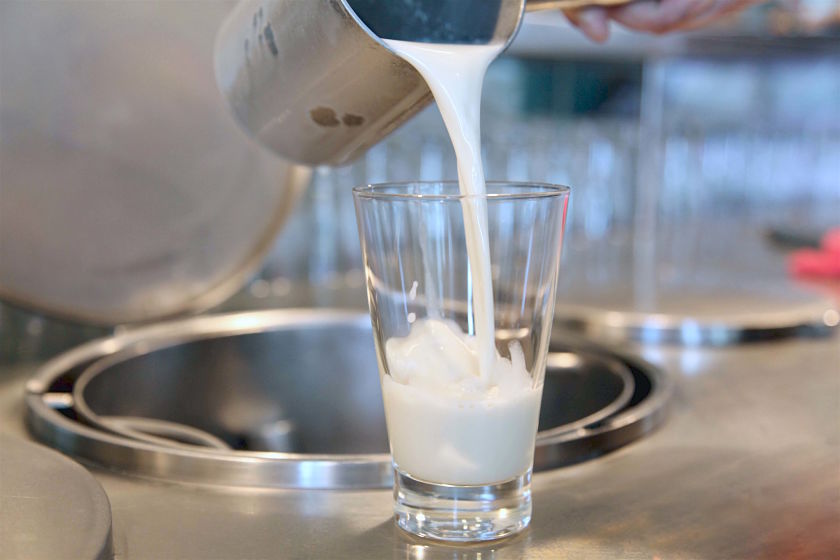 Sweat is mainly made up of water, which is secreted by the sweat glands and exposed on the surface of the skin so that the ambient air captures the water and cools the skin. Ex: stand in front of a fan. Now get into the pool and face the fan again. Cool? That is what the body wants to achieve, to cool you down. Because if the temperature in your body rises, many functions begin to fail. The problem is that your body must use “your water” for that.

Therefore every time we practice sports and more when we do it exposed to high temperatures we are more likely to become dehydrated because our body needs to remove water, hence the importance of hydrating correctly, not only pre and during exercise but also afterwards. Not only with liquid but also with the incorporation of mineral salts that are lost with sweating.

And does horchata provide us with minerals?

Yes, here we tell you mainly which ones:

Horchata is rich in minerals such as phosphorus, magnesium, potassium and calcium, involved in rehydration and electrolyte balance after sports practice.

The phosphorus together with calcium is one of the micronutrients with the highest quantity in our body. It mainly has three functions, structural ( bones and teeth), in the form of phospholipids (present in cell membranes ) to improve cell exchange and regulate substances that enter and leave. And as energy reserve , the one that interests us most at a sports level, since phosphorus (P) is present in the ATP molecule, which is the molecule that concentrates the energy at the cellular level and is released when we need it.

magnesium would be the third most abundant mineral in our body after phosphorus and calcium. It participates in the formation of bones mainly but also in the formation of muscles and nerves . It also plays a fundamental role in preventing damage to muscles and joints. Magnesium contributes to improving sports performance by reducing the feeling of fatigue. How else does magnesium help us? In that intervenes in the transmission and contraction of nerves, participates in ATP (energy) processes and is part of the action of our heart, therefore replenishing its levels once they have been lost after the Exercise is a point to take into account especially when you lose a lot of fluid after sweating.

With regard to vitamins, it is worth highlighting the presence of folic acid or vitamin B9, which helps in the formation of red blood cells and is necessary for DNA production, which controls cell growth and cell function; niacin or vitamin B3, which helps keep the skin and nerves healthy and also has cholesterol-lowering effects; and thiamine or vitamin B1, which helps cells convert carbohydrates into energy, very important at a sports level.

Maybe you didn’t know that … 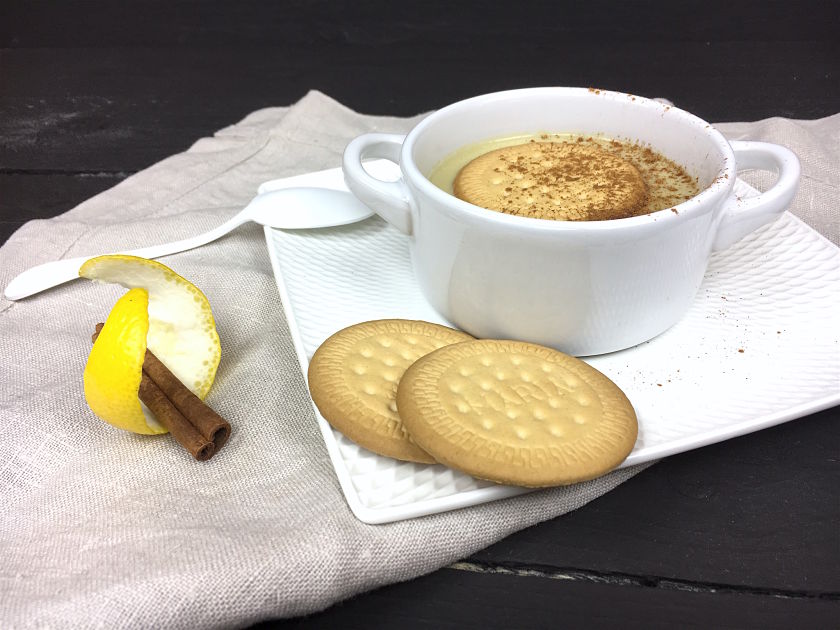 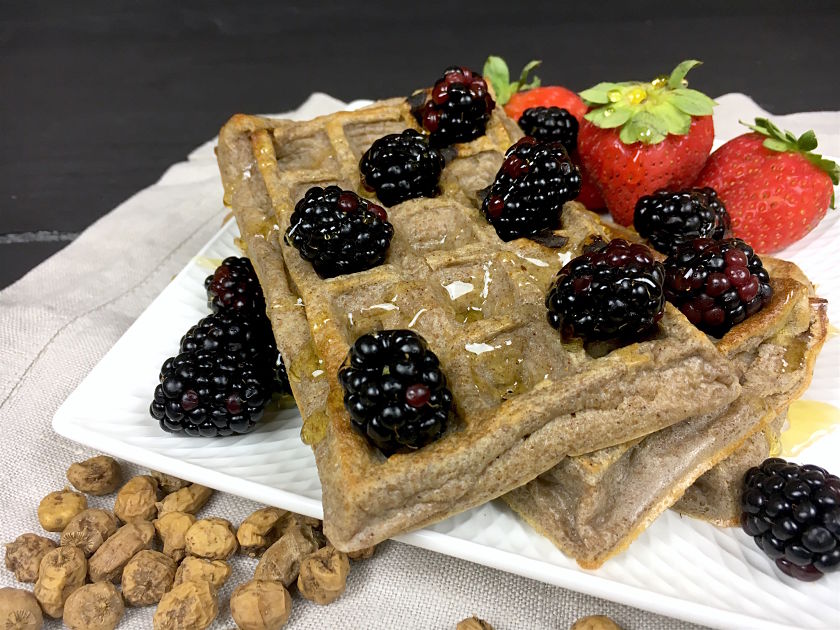 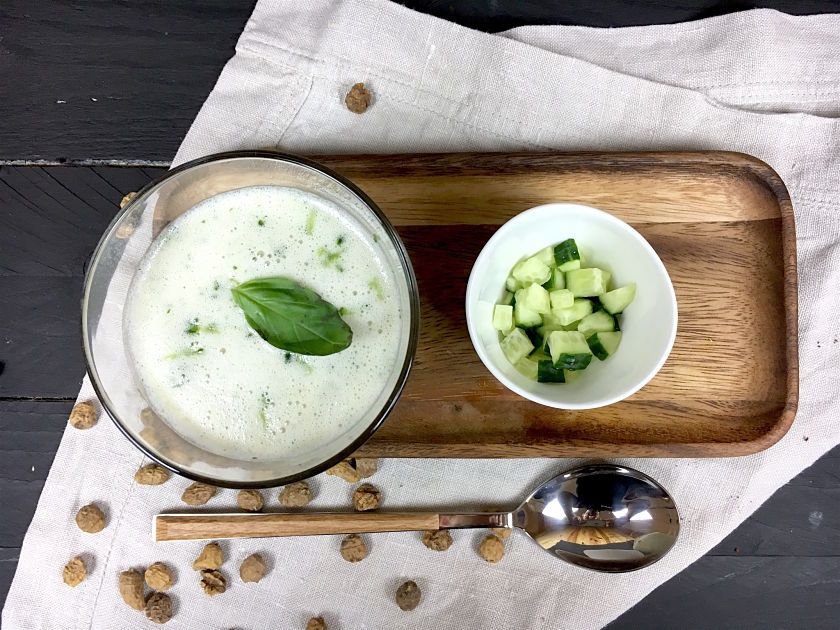 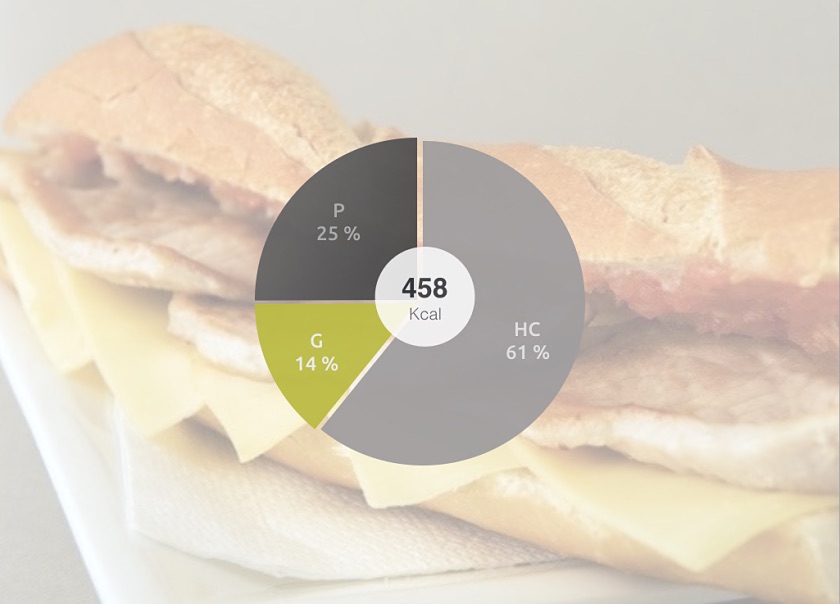 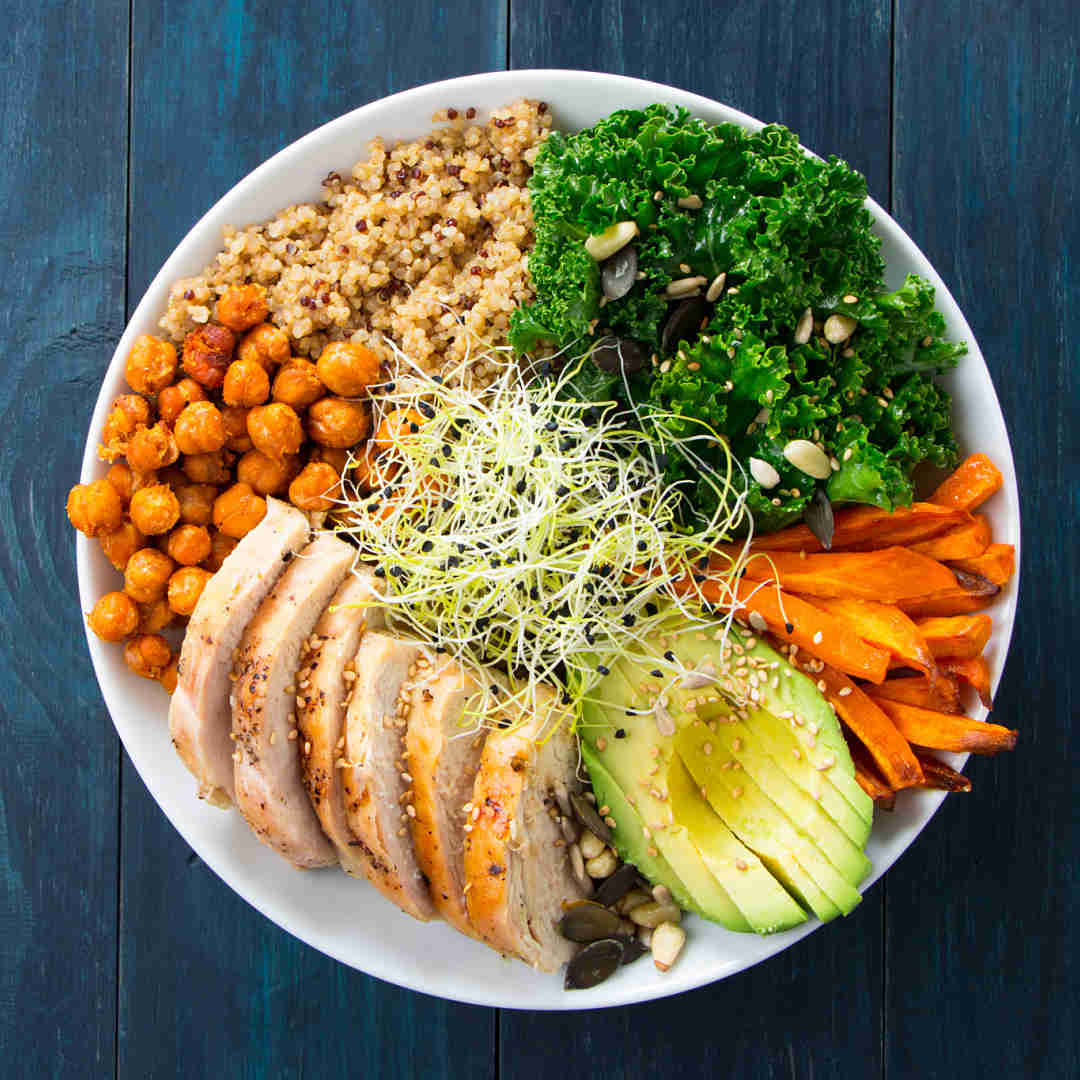 What is intermittent fasting (AI)? The first thing we must define is fasting. The simplest definition of fasting would be the one that considers it as “a period in which 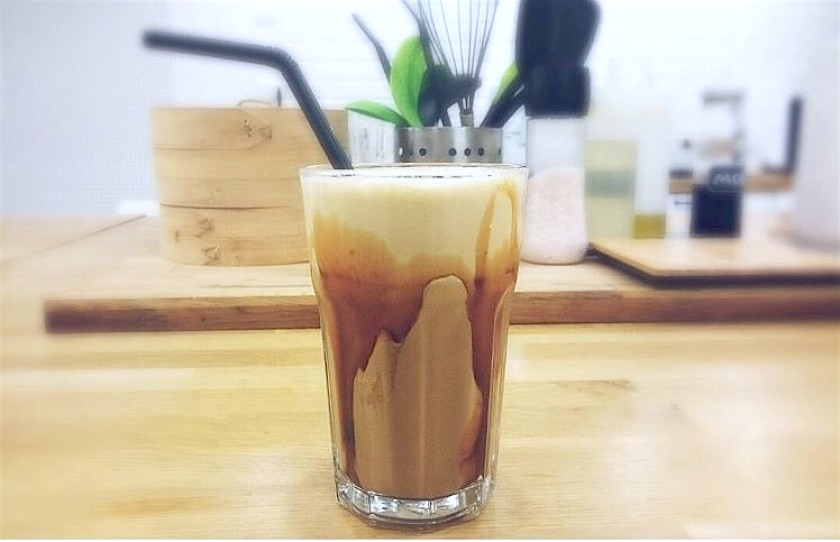